We can be sure of two things, death and taxes. The IRS is not the largest federal agency, but it’s the one we all have to deal with. It touches one of the most important facets of our lives, our money.

According to research done by Philip and Susan Long, the IRS is not immune from mistakes and errors. Using the Freedom of Information Act the Longs tried to force the IRS to disclose many of it’s secret documents. They were successful 12 out of 13 times.  The Longs discovered that the IRS is just as prone to making mistakes as taxpayers. They learned that professional income tax preparers frequently make mistakes, and the IRS makes just as many, especially when giving tax advice. 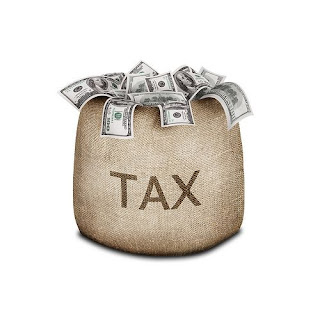 Tax (Photo credit: 401(K) 2019)
Peoples Digest published an article “It Ain’t Necessarily Sound” warning taxpayers that caution is in order when asking the IRS for help in preparing income tax returns. It pointed out the disturbing number of mistakes.  The Digest cited on tax return where one office said the tax payer owed the government $2,000 another said $196 and different offices gave different amounts owed. They couldn’t even agree on how many forms were needed.
Ii was also found that incorrect information is included in the IRSs own publications which are distributed to millions of taxpayers.  The shocking truth is that IRA offices can and do make mathematical errors, distribute the wrong forms, offer incorrect advice, overstep their bounds and even change rules in the middle of the game. We have an even bigger problem.  The IRS is not held responsible for any errors they make. A tax payer relying on their information cannot use it as a defense. Thus some tax payers pay much more than they should and some much less.