Obama: Good, Bad or Ugly for The Internet

Is a President Obama a good thing for the Internet?

He won approximately 51% of he popular vote. Which means 49% are anti-Obama. Regardless of your political affiliation, he will be president for at least the next 4 years. Maybe 8.
He hasn’t said a great deal about the Internet, other than he favors Net Neutrality. Whatever that means.
With the economy in the doldrums, Congress will be looking not only cutting expenses, but raising new revenues, ie taxes. Even if the Congress opposes I-Taxes, the governors of the states will be pressuring Congress to approve some type of tax.
There are billions flowing through the Internet pipelines, and the governors are salivating at the thought of it.
Let’s assume for a minute a tax is approved. How would it be implemented? There’s a variety of sales taxes in the various states, ranging from 3% to 8%, with a lot of exemptions, such as food and medicines in some states. The best way, to my thinking is to pick one flat percentage, say 6%.
One question is: How do you distribute the money? By population? By need?, some other way? That argument alone will keep Congress debating for 6 months. 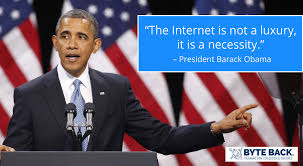 Then, How do you collect the money? From the seller, or the buyer? If I buy an item from the local store, say for $50, At 6%, I would pay the merchant $53, with the store remitting $3 to the state. No problem. But doing it on the Internet is much different. If the seller is going to collect the 6%, how does the merchant track this? If I buy the $50 eBook or program from you, what system do you use to satisfy the government? And where do you send the money too? Which state, as you probably have customers in all or most of the 50 states?
And what about the merchant that’s located in Canada, Mexico, China, India or Europe? Are they exempt? If not, how to you enforce the collection. Do you really think these merchants will voluntarily submit the money to the State? Sure they will!!
There is a possibility that Congress could force the credit card industry to track and report and submit the taxes. But there would be strong objections from the banks, which pretty much control Congress. Look at the recent change in bankruptcy laws.
So that leaves collecting from the buyer. Excuse me while I try to keep from laughing too loudly. Can you imagine the buyers on the Internet report to the state, yes I bought x amount of product on the Internet, and here’s my check for x dollars. Good luck on that one.
Accounting